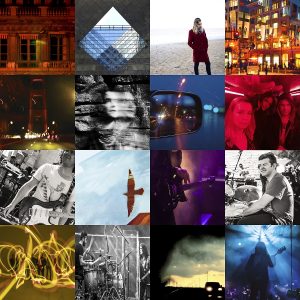 The compilation career retrospective is an unusual beast, filling many different roles for many different types of fans. To the die-hard fan it serves a purpose of giving an insight into the work the artist believes most in, what they are proudest of. To others its an easy to go to listen of a favourite band; great for reminding them of albums to immerse into later. And then for others, it serves as a great introduction into a band, and maybe inspiring them to delve deeper into a catalogue.

And for ‘Internal Landscapes’, the retrospective of the last ten years by Liverpool band, Anathema, I fall into the latter category having never really listened to the band myself. To be honest, I’m not entirely sure why this is; Anathema are a band that a lot of people whose taste in music I admire and trust rate very highly indeed. So when I saw that the guys on the Big Big Train forum were making some noise about this release, well the opportunity to dive in was hard to resist.

And so, thanks to Martin Hutchinson, my Anathema cherry has well and truly been popped. And I’m glad it has been, with this compilation of music from their latter career from 2008 to the present day, including releases from the albums ‘We’re Here Because We’re Here’, ‘Weather Systems’, ‘Distant Satellites’ and ‘The Optimist’, being one that has whetted my appetite for more from this band.

What I particularly like about this release is that it is in no way self-indulgent; for too many bands the temptation to throw too much at a compilation is hard to resist. CD’s are filled with more and more tracks, demos and outtakes, near on whole albums in some cases. Anathema have, though, restricted themselves with just 13 tracks giving that exemplary taster of what the last ten years have been about for them. Leaving someone like me, the new introductee, wanting more; a desire that can only be sated by diving into those albums this release supports, and for the already devoted, well I can only see them inspired to revisit those favourite pieces. 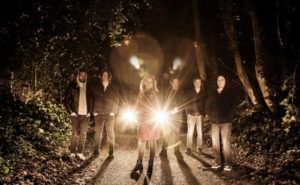 There is lots to enjoy about this album and the music of Anathema. Lyrically I found it sometimes a little clichéd, though not to the detriment of the whole enjoyment (but then I am always looking for lyrics to reach some pretty exacting standards). But, the real highlight for me is the music, the harmony between instruments and voices with the real star, for me, being the beautiful piano pieces that underpin the majority of the work produced here. The whole feeling is one of great subtlety, light and shade and beautiful melody and one that will inspire me to find more out about Anathema.

To order from burning shed go to https://burningshed.com/tag/Internal%20Landscapes