I just love miserable music. Music that comes from the bottom of a whisky bottle. Music that is borne from despair, from desolation, from living a hard life a hard way. For me the only worth while music is the music that has emotion, sadness and stories without happy endings. Right from the moment I heard Marillion sing about world’s that were totally Fugazi’d, from the time I heard Richard Thompson sing about Cold Kisses, songs about Grey Days by Madness or The Smiths singing about how Heaven Knowing How Miserable They Were, misery has been the emotion that has moved me most in song. But it has to be believable. I don’t want it to be Chris Martin going through a divorce from Gwyneth Paltrow only to write a bland and boring album about it all, I don’t want it to be Ed Sheeran singing someone else’s song about friends breaking legs, or smoking drugs and getting arrested. I want it to be real, I want to believe the artist has lived the life, has struggled. I want them to be as genuine and authentic as a Tom Waits lyric. I want them to have woken up in a gutter, been chucked out of a bar, to have lost love because they’ve acted like a complete arsehole. I want proper, full on, last chance saloon miserable genius.

Spirit of Minnie, by Will Varley, has this and it has it in spades. Released in February this year, this album features sumptuous arrangements, reminiscent of another great ‘miserablist’ album, Nick Drake’s Five Leaves Left, that accompany songs of great sincerity sung in a voice that has seen and been exposed to all the despair in the world. And Varley does this believably, with no doubt that he has lived this album in concept, creation and inspiration. You can hear a rasp in his voice that lends that authenticity, that creates an atmosphere that travels between all those factors that go to make a truly spectacular album. 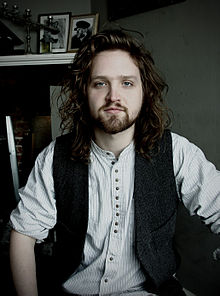 This is an album that stands up well with all those great albums of the past; the Swordfishtrombones, The Five Leaves Left, Jeff Buckley’s Grace, Joni Mitchell’s Blue or anything put out by Leonard Cohen. It is beautiful, emotional, evocative and, yes, depressing. It is misery as an art form. It challenges. It grabs you on first listen. And it makes me happy. Call me weird if you want, but it does, it makes me smile. And that is a great  achievement and one which will ensure that this album features very highly in the best albums of 2018.