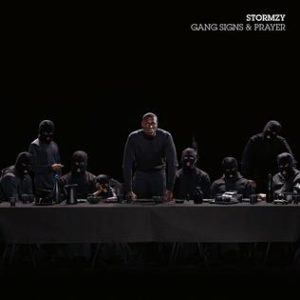 This is an album that we have heard a lot about since its release a year ago in February 2017, in no part due to Stormzy’s visibility as a political and social spokesman for a generation of young disenfranchised people, let down by those that are meant to be looking out for them, and who find themselves grasping for hope provided to them by a different attitude from their peers, communities and a change in the political climate that has come post Brexit in the UK. Stormzy, through his outspokenness over the Grenfall tragedy and his explicit support for politicians such as Jeremy Corbyn has become the face and voice of those people of his own community, and with this album he explores the themes that matter to, in particular, young Black men looking for a direction in their life; often with conflicting directions that can be taken and how he has used his faith to try and take the correct roads.

This album has garnered many awards culminating in the Brit for best album last week. So does it deserve the accolades? In my view, yes it does. It is a powerful piece of work, taking on strong and controversial themes, whilst being underpinned by a keen ear for a melody using interesting and brilliant backings to Stormzy’s real life experiences of growing up in communities where young men have to find role models in a variety of places; the barbershop, community groups and the church. And Stormzy’s faith is an obvious driver for his message, one he manages to do, on the whole, without coming over ‘preachy’. It is obvious that the artist wants to help the young men in his community and that he feels his faith can be that tool, but he also shows awareness that it might not be right for others. However, the message that those young men need to earn and keep respect in which to thrive comes through the album. 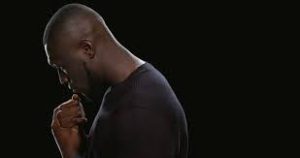 I don’t think for one minute that this album is in any way aimed at a white middle aged middle class male such as myself. However, what it does do is articulate and give a voice to the concerns and fears, but also the hopes and desires, of Stormzy and the community he represents in a way that is powerful and hard to ignore. Stormzy enables those of us who are ‘outsiders’ to understand and indeed stand with a community scarred by their treatment, with the Grenfall tragedy being almost a ‘monument’ to that treatment, whilst giving his community a voice and an opportunity to make a change. Gangs Signs and Prayers is a powerful piece of art, an antithesis to the hip-hop bling consumerism of Kanye and Jay-Z, and a breath of fresh air in face of the overwhelming domination of the charts by over-privileged and bland acts.