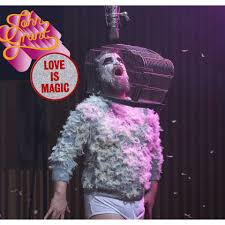 For me, John Grant, has to be one of, if not the, most innovative, inspirational and important artists in popular music of the 21st century so far. Since the split of The Czars Grant has produced three outstanding albums; 2010’s Queen of Denmark, Pale Green Ghosts in 2013 and 2015’s Grey Tickles, Black Pressure, that tell his story coming to terms with his sexuality, his health, his peccadillo’s and his guilt/thoughts/loathing or acceptance of all of those factors in his life. Playing as a conversation Grant has with himself, between his conscious and self-conscious minds, these albums are masterpieces of the artists life as a muse, wrapped up in gorgeous melodies of sublime electronica. 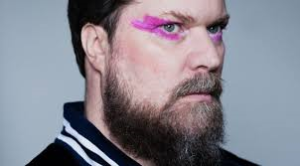 Released this October, Grant’s fourth solo album, Love Is Magic, is a continuation of those themes already explored, but perhaps with a more ready acceptance of who he is as a person. There certainly doesn’t seem to be any doubts about accepting his sexual being; Grant confesses to his tastes with a certain ‘so fucking what’ attitude. Reaching the age of 50 has perhaps liberated him to not give too much care to what others may think of him, he is clearly saying this is the real John Grant, take it or leave it. And in reality you really should take it, for to do anything else would be to turn your backs upon one of the very best releases of the year so far. There are some absolutely beautifully absurd lyrical moments; removing body parts with butter knife’s springs to mind immediately, that highlight Grant’s very black sense of humour, making the album a deeply dark experience, but one that is enrichingly rewarding.

Musically, Grant is the master, along with collaborators Benge, Matt Pence and Paul Alexander, of superior electronica with the lush production creating beautiful flowing peaks and troughs that take this album on its magnificent journey. Very reminiscent to me of another great gay voice of the 1980’s, Marc Almond, Grant’s voice lends an almost operatic timbre to the melodies that elevates this album to the heights of utter brilliance. And even the overwhelming thought that my favourite song on the album, ‘Is He Strange’, is about, at points, to launch in the Motors camp 1978 hit, Airport, only adds to the enjoyment of what is an exceptionally good piece of work. 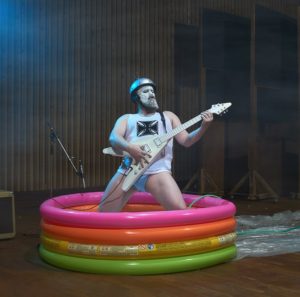 I think it was BBC Radio 6 Music DJ, Stuart Marconie, who suggested that Love Is Magic is Grant’s Bowie moment, particularly in reference to the great man’s Berlin trilogy, praise that is very high indeed. The expectation for me, therefore, was as high as could be expected. And it is expectation that is not only met, but exceeded in this blast of black comedy lyrical genius and superior electronica; a standard that will pitch it high on the list of album of the year.