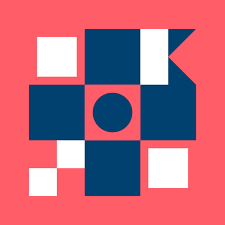 The world of Folk and Americana music is one that has gained a prominence through a resurgence in recent years becoming more and more popular. The music industry sits up, recognises a cash making opportunity, and exploits for all its worth. And music moguls, who see a buck to be made, churn out, through manufactured acts that win ‘talent’ contests, bland approximations of that great music, catering for a mass market that diminishes and tarnishes that style or genre for generations to come. Sometimes, though, there are genuine people within the music industry, who recognise real talent, who understand the genres and styles they love and who promote ‘proper’ acts, not manufactured ones. One such group of people are the organisers of Fairport Convention’s Annual Reunion at Cropredy, who each year find new or young or less mainstream acts and put them in front of an appreciative crowd at their festival, giving exposure to those acts that truly deserve that support.

A band that fits into that outsider role quite neatly is the Manchester based outfit, The Travelling Band, who, despite initial success when they formed in 2006, are not the huge mega band their talent probably should lead them to be. But, as they proved, during their set at Cropredy this year, they can and do fill big stages with their soulful, melodic and superior take on Folk Rock and Americana. And this is only supported by their amazing 2017 album, Sails. 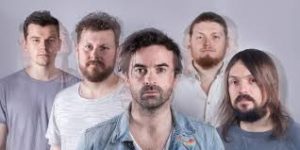 The band, made up of Adam Gorman, Jo Dudderidge, Nick Vaal, Harry Smith and Sam Quinn, have put together an album that is beautifully reminiscent of Highway 61 era Dylan and the country influences that shaped artists such as Elton John added to the Folk Rock of the likes of Fairport Convention. It is as if these guys spent their formative years trawling through a really fantastic album collection of a parent, immersing themselves in melodies and tunes that seeped into their sub-conciousness. But, Sails is anything but just a tribute or even a copy of those great albums; The Travelling Band, as befits their name, have taken their music on a journey to the present day, adding sounds that remind me of other less mainstream acts, such as Aqualung and Starsailor, who should’ve been a lot more successful than they were and are.

But, perhaps, that’s the joy of this album. The Travelling Band are obviously under no pressure to create something bland or uninspiring to please the bank manager of some record company executive. They are free to create music that truly takes flight, that inspires, that creates emotion. They are able to take wonderful influences and shape them into something fresh, something new and something that ensures the future of Folk and Americana music is safe and relevant and great for this generation and those to come. Sails has the potential to be one of the great albums of traditional influenced music of the early 21st century.

To order the album visit