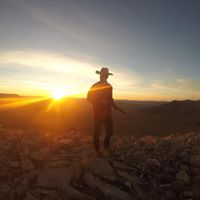 A couple of years ago I was lucky enough to be in my local pub when a young American guy by the name of Pat Brosnan rolled up to cover a Friday night live music spot after a late no show by the booked act. Backed by his girlfriend’s dad on a percussion box, this young guy proceeded to run through a set list of excellent cover versions, all performed perfectly on acoustic guitar but with a voice that was, to myself, immediately unique, intriguing and quite sensationally brilliant. And chatting to Pat afterwards, I found him to be a lovely approachable guy, full of enthusiasm for his music, and happy to come in and perform a session on a radio show I was presenting at the time. Pat came in and performed three excellent tracks from the album he’d recorded in his camper van.

Since then I’ve kept in touch with Pat and followed what he’s been doing via his facebook page which can be found at https://www.facebook.com/pg/reachinoutmusic/photos/?ref=page_internal and have been wowed by the music he has periodically released on his YouTube channel. And so it was fantastic when I heard that Pat was over in the UK and that he had a copy of his new album, Let The Fire Run Wild, for me to listen to and review. 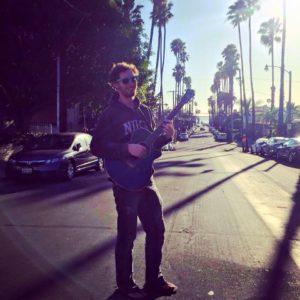 The album is beautifully simple in its conception, performance and recording featuring 11 wonderful songs that showcase Pat’s unique vocal style that presents his excellent lyrics. Like other favourite vocalists of mine, Richard Thompson, James Walsh of Starsailor, Rag ‘n’ Bone Man, George Ezra, who have unusual vocal styles, the difference in Pat’s voice sets him apart and above from other more ‘run of the mill’ singer songwriters; there is a perceptible but unforced emotion that touches the soul and an innocence that belies the worldly nature of Pat’s travels, both in his camper van and musically. 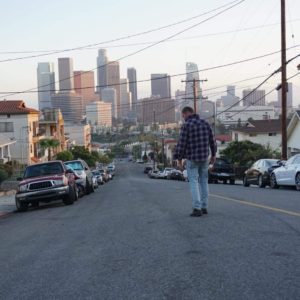 The musical influences are wide and varied in this album; from the Marleyesque reggae influence of the album title track through the obvious hints of great American artists such as Bob Seger, Tom Petty and Bob Dylan, Pat has created an album of sublime deliciousness. Mixed and mastered by himself Pat has dealt the production a gentle hand, allowing the album to grow into the listeners consciousness in a way that is uplifting, gorgeous and life affirming. The only mystery is how Pat Brosnan isn’t widely known through out the world; this is an album that deserves great recognition, air play and support. So I urge all of you who read this review, check out Pat Brosnan and spread the word about this unique, refreshing and original talent.