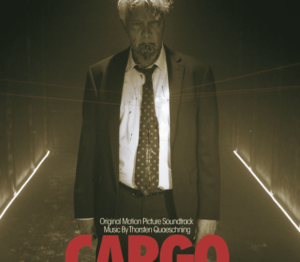 Reviewing a soundtrack album without having seen it in the context of the film it supports is an unusual process. How can you judge whether it is successful or not in achieving what the music sets out to do? It could be an amazing work, but not fit the film; or the opposite could be true, it could be awful music but fit the film fantastically. And indeed, taking the view of a filmmaker commissioning a soundtrack, how do you know whether a musician or composer will be able to support your work? How do you choose who will do that job for you the best?

Over the years there have been many artists, composers and musicians who’ve been able to work with filmmakers to create wondrous soundtracks that add to, compliment and help tell the stories in the films they accompany. At the time of the Oscar’s I wrote a blog http://tarkablowpigmusic.com/2018/03/ten-movie-themes/ about ten great movie soundtracks from the likes of Eric Coates, John Williams, Ryhuchi Sakamoto and Hans Zimmer who, over the years, have created some of the most iconic movie soundtracks of all time. To that list I should also have added German Electronic Techno-prog masters Tangerine Dream who, since their inception in 1970, have, along with their own original work, created soundtracks for films as diverse as The Sorcerer and Risky Business. Since original leader Edgar Froese’s death in 2015 the band has been led by Froese’s anointed successor Thorsten Quaeschning who was commissioned to write and perform the score for the new film Cargo. 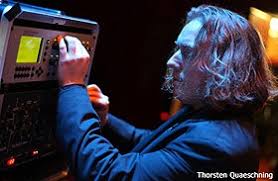 Cargo, as described by writer and director James Dylan, is a taut thriller that tells a bleak but compelling story of a man trapped in a shipping container with just a mobile phone and 24 hours in which to raise ten million dollars to save his life. And though I haven’t yet seen the film, Quaeschning’s soundtrack does develop and soundtrack the emotions I’d expect the main character, played by Ron Thompson, to go through. Loneliness, despair, franticness, dashed hope and determination are all feelings that are explored by the minimalistic music created.

There is a sense of time slipping away slowly, a claustrophobic quality of being suffocated by the environment, around the main protagonist. This is a soundtrack that builds and builds, that reaches crescendo’s of hope only for those feelings to slip away in soft tumbles of quiet introspection. With knowing the premise of the story listening to this soundtrack allows the listener to imagine the story being told; like when I read a book I imagine which actor I’d choose to play the characters I’m reading about this album helped me build a picture of the visuals I’ll see when I do eventually watch the film. 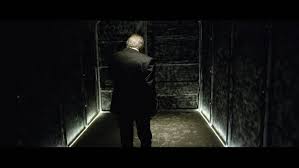 As a fan of Tangerine Dream, as those of you who saw my review of their recent ‘Quantum Gate / Quantum Key’ album http://tarkablowpigmusic.com/2018/04/album-review-quantum-gate-quantum-key-tangerine-dream/, the continuation of Edgar Froese’s vision by Quaeschning is work I really rate and this album is a fantastic continuation of that great legacy. But is that enough when judging it as a soundtrack album? For me the only question is, “Does listening to this album make me want to watch the film?” To which the answer is a resounding yes; I just hope the film can live up to the high expectations this fabulous work has given me.

Order the album at https://www.amazon.co.uk/Cargo-S-T-Thorsten-Quaeschning/dp/B079ZV4H3J/ref=tmm_acd_swatch_0?_encoding=UTF8&qid=&sr=