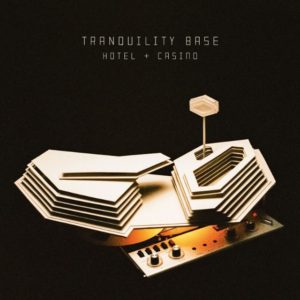 On January 10th 2016 a huge hole was ripped in my life. I woke to the news that one of my musical heroes had died, suddenly and without warning. I was bereft, distraught, teary and disconsolate; it was for me one of the saddest moments, outside of losing members of my family, that I have experienced. The day we lost David Bowie, was for me, and many of my generation, our day when the music died. Okay, we had the hugely amazing Blackstar album, Bowie’s leaving present, his self-penned eulogy, his bookend to possibly the greatest legacy in popular music to enjoy and grasp to, to keep alive Bowie in our hearts and souls. But was that ever going to be enough, would it satisfy our desire for clever, wondrous, sardonic, idiosyncratic, fuck you, gorgeous and downright awesome music? And if it wasn’t, who could help fill that void, who could we entrust the baton to, who was going to be the Bowie for the next generations?

What is for sure is that the void would never be completely filled, and that it would be unfair to hoist upon any artist or band the expectation and the selfish desire. Like a junkie trying to get the feeling of that first sweet hit, it is and will be a task always doomed to failure. No one can be Bowie, indeed Bowie himself seemed to always strive to be something not Bowie, re-inventing himself time and time again in the pursuit of recording excellence; a trick he almost always pulled off. However, we can still hope that there are performers out there who can and will go someway to take the influence of the great man and give us music that can move us in the same way our hero did over 50 years.

To do so will take an artist with huge confidence, perhaps even arrogance; an artist who knows what they want to deliver and will do so without fear of compromise. An artist happy to stick two fingers to the world because they know that what they do is right. An artist happy to produce challenging art, confident that the true fan will want to take a trip with them, who will keep that Bowie spirit alive. And that artist exists and his name is Alex Turner. 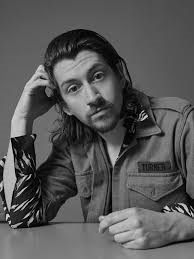 Turner, and his band the Arctic Monkeys, have created albums that have been consistently excellent. Each album surpassing the previous one; no mean feat when you think of the high standards they started out with. Five years ago they released A.M. which was a work of intelligent guitar driven rock; an album they surely couldn’t better. But their new album, Tranquility Base Hotel + Casino, has done that; this is a work of such high quality that I’m prepared to award album of 2018 straight away (and I say that with the expectation of new albums by Courtney Barnett and John Grant coming this year too; it truly is that good.) Turner has written 11 songs of such immense fabulousness that even on first listen I know that this is an album that will find a place at the very highest tables. There are and will be very few albums recorded this century on this level and indeed it stands up with many of the greatest albums of the previous century too. Turner has a rare talent that marks him out the equal, as a songwriter, as the likes of Ray Davies, John Lennon, Richard Thompson and, of course, David Bowie. 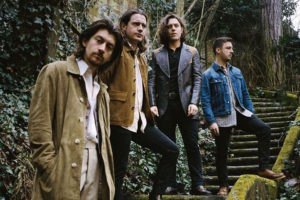 And whilst Alex Turner will be the focus of many reviews, and is indeed the focus of this one, one cannot ignore the band who work with him to bring these songs alive. Drummer Matt Helder, bassist Nick O’Malley and guitarist Jamie Cook obviously have a love and a trust for their main man that means that no matter what Turner throws at them as work to create they are 100% behind his vision, his ideal and his art. And that love and trust is reciprocated as Turner gives the band the canvas on which to express themselves in creating works of art this staggeringly and so jaw dropping totally amazing. The Arctic Monkeys are without doubt the best thing in music around at the moment, the leaders of a movement, and on their way to, if not already there, legendary status. And in Alex Turner we have an artist who goes some way to lessen the pain and to fill the void from 10th January 2016.