When compiling lists of the greatest albums of all time invariably the Oasis albums, What’s The Story Morning Glory and Definitely Maybe, feature very highly in the charts; often alongside and above albums that are considered classics. Now, I’m not saying they don’t deserve those accolades, for many people they are amazing albums, but I do think in 20-30 years they should find their proper position in perhaps the top 50 or even 100 as opposed to the top 10. 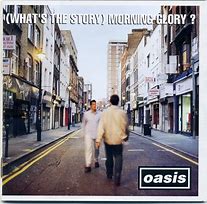 What is undeniable is that Oasis, and their big rivals, Blur, hit the zeitgeist of the time, becoming the figureheads of what became known as Cool Britannia, the vanguards of Britpop. The rivalry between both bands drove on both themselves to create bigger and better albums, such as Blur’s The Great Escape, but also created a scene in which many other bands also flourished and came to divine a generation, perhaps one of the last great youth musical movements.

The fact that there was this great scene meant that there were a huge number of fantastic albums made, many of which may have perhaps fallen under the radar, that maybe haven’t been given the recognition they deserve with the attention given to both Oasis and Blur. So, in this blog, I’d like to nominate another ten albums that I feel not only define the Britpop era that straddled the turn of the 20th and 21st centuries, but which are also the equal, if not even better, than Oasis’ and Blur’s works.

I’m going to start with a band that had been around for years before being taken along with the whole Britpop journey. Pulp, the Sheffield band led by the acerbic wit of Jarvis Cocker, the perennial outsider,who produced a Mercury Prize winning album in 1995 called Different Class. This album propelled the band into the big time with two stand out singles, Common People and Disco 2000, becoming as much a sound of the Britpop scene as Oasis’ Wonderwall or Blur’s Country House. But, perhaps, most significant and prescient was their ode to the Trustifarians, the rich kids out of their heads on designer drugs, the Glastonbury good and great, Sorted for E’s and Whizz. When Pulp, standing in for The Stone Roses in 1995, blew the crowd away with the line ‘In the middle of the night, it feels alright, but in the morning, oh, then you come down’ seemed not only a literal interpretation of what many in that crowd would be feeling, but also as an allegory for the later years of the once thought of as visionary and hopeful government of Tony Blair as the country was led into wars in Afghanistan and Iraq. 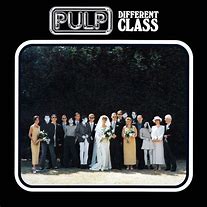 Another artist who’d been around for quite sometime, like Pulp, but unlike Pulp had been uber successful was Shaun Ryder. Ryder, as part of the Happy Monday’s, and along with The Stone Roses, could be seen as one of the Godfather’s of Britpop from their pre-eminence in the Madchester scene of the late 80’s early 90’s. But by the mid 90’s The Mondays had imploded and with Ryder suffering from multiple addictions it was thought that Shaun would be seen no more. However, in 1993, along with former Monday band mate, Bez and members of the Ruthless Rap Assassins, Ryder formed Black Grape releasing in 1995 their debut album, It’s Great When Your Straight, Yeah. A thinly disguised piss take of the celebrity lifestyle and the people Ryder had looked up to in his previous life, the album produced three singles and critical acclaim with Metallica drummer, Lars Ulrich, claiming it was his album of the year. 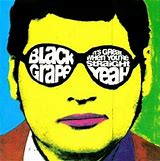 If Shaun Ryder and the Happy Mondays were the hedonistic face of the Madchester scene with all their influences on the Britpop bands, then The Stone Roses, and in particular guitarist John Squires, were the outstanding musical influences on the bands that followed. In 1996, Squires, after the Roses split up, formed a new band The Seahorses, producing one exceptionally great album, Do It Yourself which featured a number of unknown musicians. This album, criticised at the time as being a somewhat self-indulgent product nevertheless gained a cult following. Squires let rip with his guitar playing, perhaps best shown on the near 8 minute proggy, druggy and dreamy Love Is The Law, which, despite its radio unfriendly length, made number 3 on the UK charts. 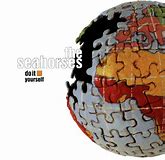 Although not really a Britpop band by any means, and certainly a band happy to be unique and on the outside, The Cocteau Twins produced, in 1993, an album of such great beauty and influence and which gained radio play along with the more established Britpop acts. This album, Four-Calendar Café, featuring the intelligible but ethereal singing of Liz Fraser, is one that I still have on regular play; it never seems old or dated. And with their appearances and plays at the major festivals and on radio, championed by DJ’s such as Jo Wylie and John Peel, this album is one of the sounds of the 1990’s. 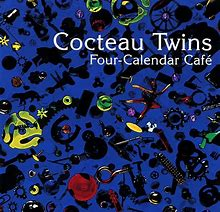 Another band that had been producing critically acclaimed music, but perhaps with little commercial success, was the band led by Ian Broudie, The Lighning Seeds. In 1994 the band had a major hit with the song Pure, which led to an upsurge in interest in them. The follow up album, Jollification, was recorded in 1993/94 featuring contributions from the likes of Terry Hall, Alison Moyet and Ian McNabb, and went stratospheric spawning singles such as Lucky You. In 1996 The Lightning Seeds performed the England Football team song, Three Lions, with comedians Frank Skinner and David Baddiel. In recent years Broudie has become somewhat quieter including playing acoustically in small venues such as The Roadmender in Northampton. 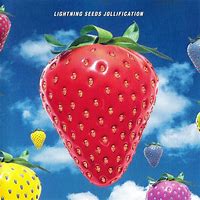 On that same bill at The Roadmender with Ian Broudie was the unique voice and brilliant songwriter that is James Walsh of the band Starsailor. Appearing at the tail end of the Britpop era, their debut album, Love Is Here, was released in 2001. Featuring songs of pain and angst, such as the standout song, Alcoholic, Starsailor are a band, in my opinion, that should be a lot bigger than what they achieved. Walsh, after three more Starsailor albums, has produced a number of solo projects before the band reformed for their fifth album last year. Love Is Here is a fantastic debut effort, with many of the songs remaining live favourites 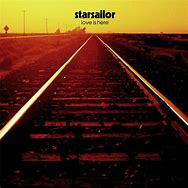 If Starsailor were at the more melodic and retrospective end of the Britpop genre, my next two choices were firmly in the raucous and loud category. First up, living in Oxfordshire, meant we were exposed to a number of bands that became huge in the genre. In Abingdon we had Radiohead who have made some amazing albums since their inception in the late 1990’s. But it is Supergrass, with their debut album, I Should Coco, hailing from Witney, who I’ve chosen for this list of ten. Although the first single was the punk like Caught By The Fuzz, their second single, Alright, was one song which caught the mood of the summer of 1995. Helped no end by the video with the three band members, Gaz Coombes, Mick Quinn and Danny Goffey, larking about on Chopper bikes, Alright is an anthem of the genre as much as Blur’s Parklife for instance. 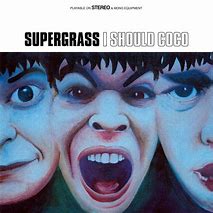 Another major song of the period, and again off a debut album was Nancy Boy by Placebo. The three piece band led by Scottish-American singer guitarist Brian Molko and bassist Stefan Olsdal released their self-titled debut album in 1997 from which Nancy Boy, a song about drugs, hedonism, sexuality and gender confusion which Molko has described as ‘obscene’ reached number 4 in the charts. Characterised by choppy guitar riffs and Molko’s unique singing style the album was supported by controversial live performances that saw Molko performing in dresses much in the face of the macho lads culture that was becoming prevalent on the back of magazine’s such as Loaded and FHM which appealed to many a fan of Britpop. 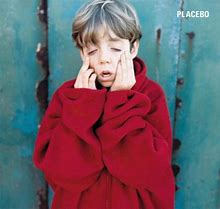 A band I saw probably more than any other during the 1990’s was the Welsh speaking group led by Gruff Rhys, was the Super Furry Animals. They put together a melting pot of guitar rock and techno dance rhythms appealing not only to the die hard Brit pop fans but also crossing over into the dance club culture, becoming perhaps the heir apparent to the Madchester scene of the Happy Monday’s and The Stone Roses, whilst moving the epicentre to Cardiff. Being a band who’d already recorded a song called The Man Don’t Give A Fuck and for whom it was badge of honour to include their Welsh language in songs, it perhaps came as no suprise when, in May 2000, they released an album, Mwng, which was sung entirely in their mother tongue. 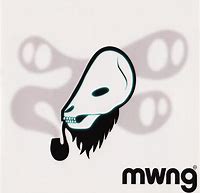 And so we come to the final album in my list; and I leave the finest Britpop album of them all to last. Also hailing from South Wales, The Manic Street Preachers had had some success as a four piece band when in February 1995 guitarist and co-lyricist, Richie Edwards, mysteriously disappeared near the Severn Bridge. Following this the band were unsure about going on, feelings that were further complicated when long time manager and friend, Philip Hall, died following a two year fight with cancer. However, the decision to carry on was made with the remaining trio of James Dean Bradfield, Nicky Wire and Sean Moore settling in at producer Mike Hedges French chateau to create Everything Must Go. An overtly personal but also political record it was also the release that propelled the Manics to the very top of the tree in British Rock music; bassist Wire claiming, after playing to 20000 people at the Manchester MEN arena, that he knew they’d made it. Indeed, of all the bands that emerged from this hugely creative period it is the Manics who have continued to be creative and stay at the forefront of rock culture, not content to rest on former laurels and for whom each new album is an eagerly waited experience of excellence. 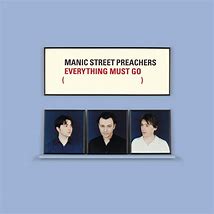 And over to you all – is there any albums you’d include?