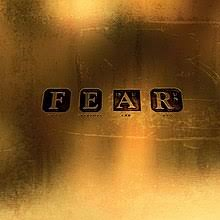 As many of you will have ascertained for the teenage me Marillion were my important band and when Fish left the band I was heartbroken; I probably didn’t have the emotional ability to process my disappointment. And I certainly couldn’t cope with a replacement singer, which was only confirmed when I bought Seasons End and then saw the band play live, the new guy, to me just didn’t cut the mustard. Though to be fair to him, and as I’ve said on more than one occasion, Marillion could have hired Peter Gabriel or Jon Anderson and I’d have not been impressed!

Now I’ve spent the many years since 1988 being told by friends, whose musical opinion I rate very highly, that I’ve got it wrong, that Marillion are still a band at the top of their form, a band who release albums that consistently do and should appear as albums of the year. So, I’ve tried again with them. Firstly, when they announced their first Cropredy appearance, with the album Sounds That Can’t Be Made, but this album and their subsequent two Cropredy performances just, for me, confirmed my prejudices. The album is in my CD wall of sound and that’s probably where it will stay. And as for the ‘new’ singer live; well Steve Hogarth only confirmed my thoughts that he just tries too hard, that it isn’t natural. 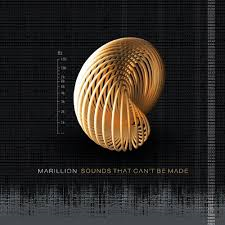 So when Marillion released, in 2016, their latest album, F.E.A.R. (Fuck Everyone And Run) and I read the posts of a lot of friends who made it their album of the year, with comments of it being the best thing ever (and bear in mind this is the year Bowie released Blackstar, which to me is the greatest album of the 21st century) my reaction was one of cynicism and private thoughts of crikey here they go again, honestly the band could release an album of telephone numbers and they’d all buy it, and in 17 different versions; that’s the devotion the band inspires. It certainly didn’t inspire me to give the band another go. However, a couple of weeks ago we stayed with our friends, Dave and Sarah, and the conversation got round to this album. Dave’s opinion was a lot more, shall we say pragmatic, as he said it was a pretty good album, with some very good high points, but not without it’s flaws. As a result I asked to borrow his copy to give the band another go.

And in all truth Dave’s succinct review is right, its a good album. It has some excellent moments. It also has some moments that do still jar with me. It has a pointless song on the end of the track listing which doesn’t add to the theme. But I can forgive these moments in the overall enjoyment I got in listening to F.E.A.R. 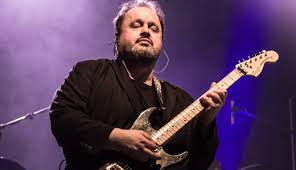 The thing about Marillion, and this goes right back to the very beginnings, that on recorded material the band has a different star to when the band appear live. In the early days on stage Fish was very much the star, and nowadays Steve Hogarth is the central figure. But what really sets Marillion apart on record, is Steve Rotherey. Rotherey is a guitar god, a player who has an appreciation of space, of when to leave stuff out. He is never flashy, but his playing is an emotional tour de force that cuts through your heart and soul in a way only David Gilmour can do. Throughout F.E.A.R. his playing is the central pillar of strength, whether it be lead guitar solo’s that soar and soar or the almost classical acoustic playing that backs the lyrics and singing, that really does take the album to places very seldom visited by other contemporaries. And Rotherey’s guitar work is always complemented by the keyboard work of Mark Kelly who plays with the same sense of space as Steve all underpinned by a sympathetic and talented rhythm section of Pete Trewayas.