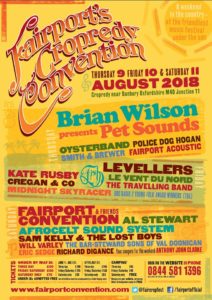 Each December a couple of thousand people put their hands into their pockets and spend a few quid and buy their tickets for the best festival that is held each year with only the minimal amount of acts being announced. Mainly because they know that at the end of January a pretty damn good line up will be put on for their enjoyment in a field in North Oxfordshire on the second weekend in August. This year, however, the wait to find out who we’ve paid our money to see has been a much longer one. Dave Pegg and Simon Nicol have had to play straight bats back at questions asked of them at winter tour gigs; with reasons been given as having to wait for contracts to be signed whilst the rumour mills have thrown such disparate names as ZZ Top, The Kinks with or without Ray Davies and ELO up. But then, last Friday, the announcement was made that Brian Wilson, the musical genius behind The Beach Boys, is going to present the bands seminal 1967 album, Pet Sounds as well as a sure fire winner of The Beach Boys greatest hits! What a signing! I can already see the field awash with Hawaiian surfing shirts and hula hula skirts (or is that just me!) 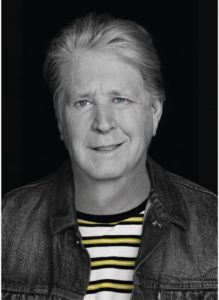 Joining Brian on the Thursday will be the traditional Fairport Acoustic set timed to start with the ringing of the Cropredy church bells before the rest of the afternoon builds with Smith and Brewer, Police Dog Hogan and The Oysterband. 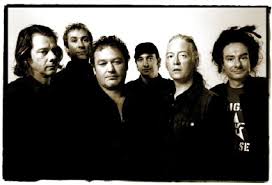 Friday’s headline act is the punk folk of Brighton’s The Levellers who will bring their high energetic take on English traditional music to the stage for the third time, five years after their last visit in 2013. Supporting them will be an overdue first visit from folk music royalty Kate Rusby and the return of Fish who performed the third album he made with Marillion, Misplaced Childhood, in 2016. This time round, on the 30th anniversary of the last Marillion album he created with the band, he will perform Clutching at Straws along with some of his older solo music and possibly a couple of new tunes off the forthcoming Weltschmerz project. 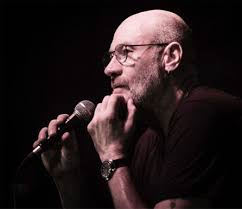 The Saturday will again, after a gap of a year, be opened by the fabulous Richard Digance. Anybody who can get 20000 people Morris dancing to random tunes such as Superman truly deserves their regular spot…just don’t forget your handkerchiefs! And don’t wave them too early. Other top acts on the Saturday include Afro Celt Sound System and Al Stewart, famous for massive folk pop hit of the 1970’s The Year of the Cat, who again returns to the field after a triumphant performance in 2016.

For me though often the highlight of the whole festival is finding acts lower down on the bill who often wow the crowds with a combination of youthful exuberance and joyful enthusiasm. No one who saw the Pierce Brother’s from Australia slay the crowd two years on the trot in 2016 and 2017 will forget them. But over the years since my first Cropredy in 1988 I’ve been introduced to such great acts as The Hamsters, The Treetop Flyers, Ellen and the Escapades and Danny and The Champions of the World. This year I am really looking forward to seeing Police Dog Hogan, Will Varley and in particular The Bar Steward Sons of Val Doonican who perform some really great parody songs such as The Lady in Greggs (to the tune of Chris De Burgh’s The Lady In Red), their version of the Wombling song Cockwomble and Massage in A Brothel (The Police…yeah, yeah I know you get it!) 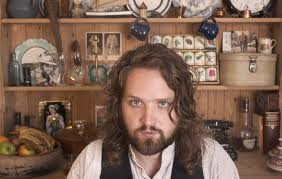 What’s for certain is come rain or shine (no Richard Thompson this year so could be a dry one!) the Cropredy Festival throws up a great mix of established acts, old favourites and new performers that make the build up to the finale of Fairport Convention’s set on the Saturday night, with a smattering of guests and friends, one of the finest weekends you can have with fine beers and ciders, fabulous food and brilliant company of friends old and new. 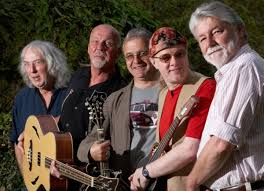