Classic Album no.3: The Joshua Tree – U2 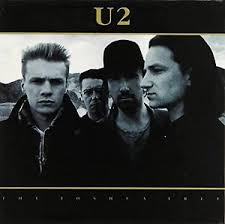 On this day in 1987, U2 released their fifth studio album, and probably the highpoint of their career, The Joshua Tree. At the time this album was released the band, on the back of their performance at Live Aid in 1985 and their previous album, 1984’s The Unforgettable Fire, had gone stratospheric becoming the biggest act in the world at that time. And with the Joshua Tree U2 became stadium filling rock royalty, which may be the point at which U2, and in particular Bono, became less ‘respected’ perhaps not as artists but certainly in relation to ego’s. But this isn’t to take away from the brilliance of this album.

The band had been spending much more time in the USA having toured each year of the 1980’s, and this influence found its way into the album with the themes of the bands antipathy to the commercialised reality of America as opposed to, and which had coloured their idealised view of a mythical America of bluesmen, rock ‘n’ rollers and the big skies of American folklore and the culture that they’d been exposed to growing up in Ireland. And much like their Irish forefathers who’d emigrated to the States looking for a better world, what they found wasn’t necessarily what they had been looking for. 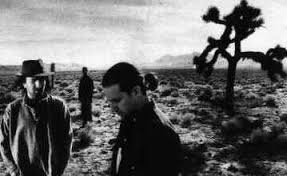 Returning to production duties Danial Lanois and Brian Eno facilitated this move into that more Americanised sound whilst lyrically the experiences of Bono in Central America and, through his increased involvement in the Live Aid organisation, Africa began to seep into the consciousness; whilst still a band with a political message with this album they become more outward and worldly looking as opposed to perhaps the insular Irish view that they had in their first three albums. The Joshua Tree certainly showed an increased maturity that really propelled the band to the heights they reached.

Two things strike me about this album:

Firstly that I feel it adds weight to my oft proffered argument that most bands have only four or five albums in them, with this album being the great one with all others that follow being an attempt to repeat the formula. That’s not to say that following albums are poor or bad, Achtung Baby is a brilliant album too, but that bands will never reach that height again; for sure U2, whilst still being an important band, have never exceeded The Joshua Tree.

Secondly this is the album that set the benchmark, the standard for the adult themed but radio friendly album. The one created as an album first and foremost but which still had songs that could stand alone and more than hold themselves in the pop music charts. An album that appealed to the serious album listener or the teenage pop rock single buyer. It was an album in which you can see influences through out the 1990’s and into the 21st century for bands such as The Manic Street Preachers, The Foo Fighters and Oasis. And for these reasons The Joshua Tree deserves its place in the echelons of the great rock albums.