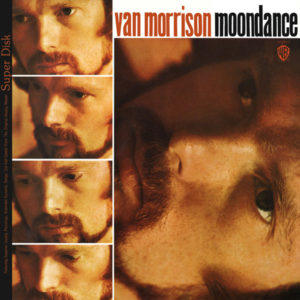 Released on this day in 1970, Van’s third album was conceived, written and recorded in an artistic community in New York state where the Irishman had moved with his wife following the disappointing reception for his Astral Weeks album. Morrison, perhaps stung by the critical reception, eschewed his previous folk jazz direction and immersed himself into a more bluesy style for this next album. Originally using artists that had played on Astral Weeks, Morrison, who had insisted on full production control to the consternation of the label bosses at Warner Brothers, engineered a situation by which he could lose these musicians and replace them with ones more to his thinking on this album. Recruited from the Woodstock area players such as guitarist John Plantania ended up working with Morrison for a number of years and records.

For me, the album demonstrates Morrison beginning to find his own voice and ideas and developing his own particular brand of magic. Interweaving themes of nature, the itinerant life of the gypsy, folklore and mysticism Morrison lends an almost childlike quality to the album, whilst melodically structuring beautiful arrangements that give this album a wonderful spiritual feel. It is certainly themes that he returns to in later albums, especially for me on his 1990 album Enlightenment, with its visions of an Irish childhood. Certainly it shows an artiste who knows what he wants to create and with the artistic control to deliver it. 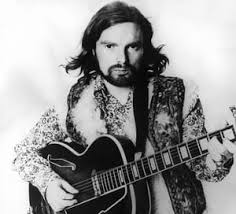 From the very opening track, ‘And It Stoned Me’, Morrison created a gorgeous sonic delight that melds blues, folk and jazz into a sumptuous and glorious work spotlighting a unique and original talent at the height of his powers. It showcases a rare talent who, over the forthcoming years, was able to develop a style and sound idiosyncratically his own, trailblazing a path for many others to follow their own, perhaps eccentric, certainly single-minded and somewhat cussed, some may even say grumpy hearts and minds to create music of rare beauty on their own terms. Certainly later artists of the likes of Kevin Rowlands of Dexys Midnight Runners owe a lot to this album and artist.